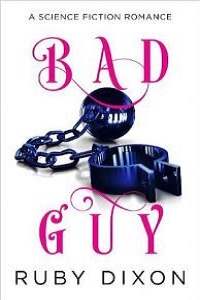 The new owners talk in front of me. Constantly.

Either they think I can't understand…or they just don't care if I do. Latter's more likely.

"Have you decided what to do with him yet?" one asks.

I lift my head. Try to, anyhow. It feels as if it's full of lead. My movements are slow and sluggish, and my fingertips tingle. Drugged, I think. I flex one hand, noting that my claws have all been shorn short. That's new…isn't it?

With great effort, I roll onto my back and look around my cell. The bed I'm on feels like a flat, hard cot. The ceiling of my room is a plain, uniform gray, smooth and untextured. I turn my head, and my vision swims. Definitely drugged. When it straightens, I make note of my surroundings. More smooth walls. A lavatory recess in the wall, along with a water fountain. A sink. Across from this, one wall is nothing but glass. Unbreakable, probably. It leads out into an equally austere hallway so they can observe me safely in its gray depths.

Gray. Everything gray. I close my eyes again.

All the while, the voices are talking about me as if I'm not here. They sound as if they're coming from just above my bunk, but I'm too exhausted to tilt my head and look at them.

"We can't release him with the rest of the school population," the first voice says. "He'll tear through them and cost me good credits. He has to be kept separate and prepared for the roster.”

"Separate," the second voice agrees. He sounds disgusted. "You and your toys."

"One does what one must for entertainment," says the first one. "His acquisition is exciting, don't you think?"

"It remains to be seen if you can harness him or not," replies the sour one. "If you can't, you've wasted your credits. You'll have to put him down."

"That won't happen. The right mix of meds, a firm hand with stun-cuffs, and some psychological training, and I think he can be quite controllable. We just need to find the things that push his buttons."

Footsteps. One leaves. The other hovers over my cot, probably still watching me.

I'm thirsty, and angry, and they're leaving me here on this hard cot, in this cell. It's a prison, I think. Either that or a gladiator barracks. Might as well be a prison if it is. He wants to see the prisoner? I’ll give him something to look at. I reach out with a surge of anger-fueled strength and grab at the air. My hand clasps around a tail and I yank.

Bones snap under my grasp. There's a gurgled sound of pain and I haul my captor back against me. My hands find his throat and I try to dig my claws in—but my claws are gone. Kef it. I'll just crush it, then. Growling low in my throat, I give in to the urge to destroy this male. Make him pay. Make him suffer.

There's a hot sizzle at my wrists and throat—ankles, too. Stun-cuffs. I ignore the pain, just as I ignore the alarm that blares to life around me. I focus on squeezing the life out of the male I have in my grasp. I make a note of his face. He's mesakkah, with a tattoo along his nose and brow. A piercing in one nostril.

I lean forward and bite it out, satisfied at the splash of blood.

He gurgles again, blood erupting from his mouth. I squeeze harder, and—

A shockwave sends me onto my back. My body goes completely stiff and I can't move. Hot, painful electricity flows through my veins, and still I try to grasp onto my prey. I want him to suffer.

"I thought you said he was stun cuffed!" cries someone, and then there are running footsteps everywhere as more people approach.

"He was! He is!" says the one I just bit. His tone is wet, as if blood is pouring down his throat. Maybe it is. Good.

"They're at maximum! He's an investment—you can't kill him!"

I fade in and out.

There's pain, but there's always pain. A few glimpses of my surroundings, only to quickly go under again.

"Change the dosage," someone says at some point. "He's no good to anyone like this."

Sleeping? No, I guess I'm no good to anyone sleeping. I'm a monster. A killer. I'm only useful when I attack what they point at.

Days pass, maybe. A week? It's hard to say when I exist in a drugged stupor. Whenever I wake up, they're watching me. From afar, now. They’ve learned not to get too close. That even if I’m drugged, I’m still dangerous.