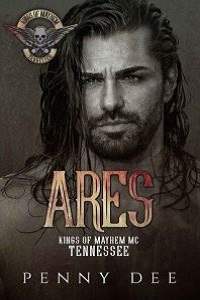 I was born a monster.

I killed my mom during childbirth.

Or so the kids at school say now they’re old enough to know how to hurt me with their words. They know they can’t hurt me physically, so they resort to poisoned words to do their bidding because they’re afraid of me and don’t know how to hide it.

A genetic mutant. Tall and strong. With eyes as dark as night.

And it isn’t only the kids who are afraid of me, it’s the adults too. I’m already taller than our teachers, and I can see the fear in their eyes whenever we make eye contact. No one wants to be caught alone with me, not even my teachers.

No matter what I try, I can’t put their misguided beliefs about me to rest. I can’t help being the size I am or the height I am, and it crushes me to see people shrink back in fear when they see me coming their way. I always thought they were wrong about me. But lately, I’ve started to wonder if they might be right because sometimes I feel my moods swing like a pendulum. Sometimes they soar from the highest of highs where I feel like king of the world, but then they plummet without warning to the lowest of lows where I can barely get out of bed.

But I never show it.

Never let anyone know about the storm brewing inside. I keep quiet and pull my hoodie down to hide my face and try to turn invisible. But invisibility is hard when you’re already six foot eight at seventeen.

“Six-foot gazillion inches and built like a brick shithouse,” my Uncle Frankie always jokes. Half the size of me and skinny as a garden rake, you never see him without a cigarette dangling from his bottom lip. “And more misunderstood than a frightened Pitbull.”

He’s right. I’m misunderstood by everyone.

Except for Uncle Frankie and Belle.

When Belle moved in next door, I had never seen anyone like her in the world. She is so beautiful my chest aches just looking at her. Blonde, with crystal blue eyes and a smile brighter than sunshine, I fell in love with her the moment she walked up to the front door of my father’s mansion and introduced herself to me. She was with her parents, and to this day, I can still see the look on their faces when I opened the door and they saw me for the first time. I was smiling because they’d caught me on a good day when my moods were high. They were smiling too… until they saw me, and their smiles faded, and Belle’s father not so discretely nudged his seventeen-year-old daughter behind him as if he needed to protect her from me.

The introduction was stilted and awkward. Her parents were quick to realize it was a mistake to introduce their daughter to the freak who lives next door.

Their eyes didn’t lie— they were frightened of me.

I could tell she’d felt that zip of lightning hit her when we met, and despite her parents ushering her away from me that day, it wasn’t long before we started to meet in secret whenever she could get away from her father’s watchful eye.

That’s the good thing about your father hating the sight of you—he’s never around to enforce curfews or ground you. And boy, did my old man hate me. He never got over my mom’s death or the fact that I caused it.

That’s why Uncle Frankie moved in with us after Mom’s funeral. The man raised and treated me right when my cold-hearted father couldn’t. He’s the one I confide in about Belle and helps us meet in secret because he knows we have something special and that everyone has the right to experience it at least once in their life. And who am I to say your time isn’t now?

It was Uncle Frankie who brought Belle the secret phone she keeps hidden under a floorboard in her bedroom so we can communicate without her parents knowing.

This afternoon, she sent me a message asking me to meet her at the abandoned theater just outside of town. That’s why I’m here now, parking my bike around the back.

I find her in the old brick building, standing amongst the ruins and a hundred lit candles.

She looks so beautiful I can barely breathe.

She begins to unbutton the front of her dress, and I struggle to swallow. My mouth is a desert, my throat as rough as sandpaper. I’ve never seen anything so lovely.

“I want you to be my first,” she says, her glossy lips breaking into a soft smile.

Her dress slips to the floor, and all I can do is stare at her.