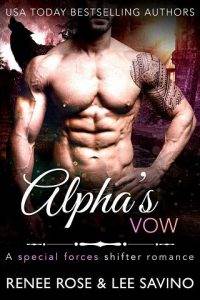 The best thing about hiking down to the hot springs at six-thirty in the morning is that no one else will be there. Manby Hot Springs—the three rock pools near the ruins of an old stagecoach bathhouse—can get crowded with naked hippies, both local and visiting, but not on a weekday. Not at this time of day. And definitely not when it’s snowing.

The sun is just starting to rise behind Taos Mountain, painting the sky in shades of pink, purple and orange. That, and the gentle snowflakes, feel like a perfect birthday gift from nature.

This hike is my own present to myself. I have to work in a couple hours, but I don’t want my birthday to consist of nothing but delivering mail. I want to do something to set it apart. I’m getting together with my friends for drinks in the plaza later, but soaking in the hot springs at sunrise seems like a great way to make the day special.

And get my mind off Chad.

My baby brother is serving over in Afghanistan, and hasn’t been heard from for months. Not even our parents—both retired Air Force officers—have been able to get a message to or from him.

Official word from the Air Force is that no news is good news, but I’ve had this low-level fear for him ever since he enlisted and it’s starting to get noisier. It’s probably unfounded. I’m a worrier in general, and I’m probably just fixating on this, but I sure would feel better if he would just let us know he’s alive.

I reach the end of the one-mile hike into the canyon that dead ends at the edge of the Rio Grande, and strip out of my clothes. I tuck them behind a rock because the neat freak in me doesn’t want to look at them while I’m basking in nature. It’s also why I prefer to come here alone. Other people don’t help me commune with nature, and they just mess with the landscape.

The softly falling snow means it’s actually warmer than usual, and there’s no cold wind. The hot water is going to feel heavenly. I take my time, stepping in slowly, savoring the contrast of the hot water surrounding my legs and the cold prickling my skin everywhere else.

I sink into the steam, settling my bare ass on the soft black sand so I can get my shoulders completely under water.

Across the river, on the slope of the opposite canyon wall, a movement catches my eye and I draw in a pleasured gasp.

A giant bighorn sheep turns his head to stare at me.

“Hey there, big guy.” I lift my hand in a wave, smiling. “Thanks for dropping in.”

He lowers his head to graze.

Satisfaction flows through me as I drink in the stillness. I sink even lower until the water covers my ears and chin and I close my eyes, enjoying the way the heat seems to soak into my bones.

And then I nearly jump out of my skin when a body plunges into the shallow pool from the rocks above. I stare at the chaos of water and body parts, trying to make sense of it. Somehow, impossibly, it takes the shape of a man—an extremely fit, naked man—who stands and stares back, seemingly as shocked as I am to not find himself alone.

For a moment, my brain short circuits. He’s insanely ripped—as if God invented some extra muscles for him. Either that, or he has more than his quota. Maybe there are people running around this Earth with muscles missing because this guy took them all. If so, then one of those people is me.

I sink a little lower in the water.

That’s the only thing I can think to say to the magnificent, dripping specimen of manhood. I grew up as a military brat. I’ve seen enough shirtless man-chests to inoculate me against the appeal. But this guy’s tattooed pectoral glory might be the exception.

“Hey.” He attempts to cover his manhood with both hands, and backs up. I recognize him—he’s one of the ex-military guys Sadie’s boyfriend works with. The mercenaries. Huge guys. Muscled. Dangerous.

I grin at his attempts to be a gentleman. I think my presence startled him even more than he startled me. “You can come in. And you don’t have to cover up. Nudity is expected down here.”

His eyes crinkle and he smirks, turning slightly to shield me from the sight of his peen. Of course, that gives me a delicious view of his epic, muscled backside. “Yeah, sorry, but this gun is fully loaded for you.”

He laughs softly and walks toward me, dropping to his knees to hide said gun under the steam. I’m now oddly disappointed I didn’t get to see it.

“My bad. I never would’ve jumped in if I’d known someone was in here. I’m Lance.” He holds out his hand.