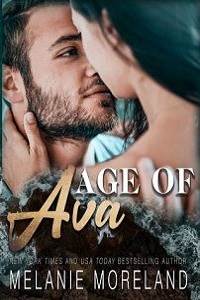 I parked the car outside the small town hall, shutting off the engine and reaching for the file inside my satchel. I flipped open the folder and double-checked everything, confident I was prepared. All the proper paperwork had been filed. The correct reports and architectural drawings, signed off by my brother Ronan, were in order. All the necessary documentation was in place, and we met every code. We’d done this hundreds of times, and this one was straightforward. We were going to knock down a dilapidated, deserted building and erect a new, efficient structure. It would house a blend of services needed within the community. The building would be run by one of ABC’s divisions, the income expectation great for the bottom line of the company. Most of the time, we ran the businesses ourselves, but none of us had medical expertise, and this building would be dedicated to that industry.

I got out of the car, making sure to straighten my jacket and run my hand over my skirt. My hair was twisted up in its usual chignon. I headed up the stairs, approaching the door when it was flung open and a man burst through, almost knocking me down.

With a surprised gasp, I teeter-tottered on my heels, already feeling the impact of the cement on my ass, but the sensation of strong hands gripping my elbows held me up.

I lifted my eyes, meeting the scowling countenance of a man. His eyes were piercing, the irises an unusual shade of light blue. We were so close I could discern a ring of darker blue around the rim, and they were set off by a set of long lashes. Our gazes clashed and held, and I caught my breath. There was something intense and stormy about his stare. It held me in its fury, his hand still grasping my elbow.

“Are you hurt?” he asked, stepping back.

I recovered my senses, shaking off his grip.

“I’m fine. You need to watch where you’re going. People are on both sides of the door, you know.”

He lifted one eyebrow, eyeing me sardonically. “Thanks for the lesson. I believe I apologized.”

For a brief moment, I was once again speechless. With a small distance between us, I could see him fully. I judged him to be in his early forties. He had a head full of shaggy, deep-brown hair shot with silver, but his eyebrows were heavy and dark, his face all angles and sharp lines. His tightly trimmed beard showed off his chiseled jaw. A full, sensuous mouth and a straight nose were somehow both beautiful and masculine at the same time. His broad shoulders were covered in a thick plaid jacket that was open to reveal a tight white T-shirt, and dusty, torn jeans sheathed his long legs. He was about six foot three or so, well-built, but unlike the thick men of my family, his torso led to a trim waist and narrow hips. His feet were encased in a set of Doc Martens, muddied and worn from use. Everything about him screamed sex. A silver fox, I knew my cousins would call him.

With a start, I realized I had been staring. He was watching me, a slight curl to his lips as if I amused him. As if he knew exactly what I was thinking. I lifted my chin, meeting his gaze. “Apology accepted.”

“Well, thank you. I’ll sleep so much better tonight knowing I haven’t offended you.”

“I didn’t say you weren’t offensive. I simply accepted your apology.”

This time, his lips quirked. “Really, I’m sorry.” He held up a sheaf of papers. “Bureaucracy pisses me off. I had to get out before my fist went through a wall.”

He smirked. “I suppose. Not as satisfying, though, to be honest.”

I had to laugh, because he was right. I held up my own file. “I feel your pain.”

He laughed, a muted, brief sound of amusement that relaxed the frown between his eyes and made him infinitely more attractive—something I didn’t think was possible.

He leaned down, his voice pitched low. “Maybe I could buy you a drink after? We could share our pain over paperwork and BS?”

I was tempted. So tempted. But I didn’t go for drinks with strange men, and I had an evening of work ahead of me.

A flash of something went through his eyes, but he shrugged. “Pity.” Then he held open the door. “I hope you have better luck in there than I did.”

I walked past him, feeling regret. Part of me had hoped he would try—cajole me a little. But he let me walk away, and when I turned to peek over my shoulder, he was already at the bottom of the steps and heading away, his long legs eating up the distance quickly.