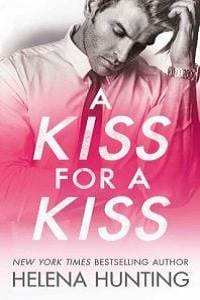 We Can Do Anything

“TEXT WHEN YOU get home so I know the two of you made it in the door, okay?”

“Sure, Dad.” Queenie pushes up on her tiptoes and kisses me on the cheek, then she turns to her fiancé, Ryan Kingston. “Okay, Boy Scout, let’s get you home.”

King pushes away from the wall he’s been leaning against. He sways unsteadily, eyes slow to track, but when they land on my daughter, a smile pulls up the corners of his mouth. “I’m gonna be your Boy Scout for the rest of my life. And you’re gonna be my Queen. Just a few more months and you’re mine forever.”

Queenie laughs. “I’ve been yours since the day I met you. Come on, before you say embarrassing things in front of my dad and Hanna.” She slips her arm through his and helps him down the front steps to the Uber waiting at the end of the driveway.

Hanna, King’s older “sister”, or at least that’s how most people know her, steps up beside me, her shoulder brushing my arm. “I hope he’s not too much of a mess tonight.”

“I’m thinking all those shooters Queenie kept making for him are probably going to result in a serious hangover tomorrow.” I wait until the Uber pulls away from the curb before I shut and lock the door.

Tonight was my daughter’s engagement party. She’s marrying the goalie for the NHL team I manage. Throw a bunch of hockey players and their significant others together for a laid-back barbeque and an open bar and the result is a lot of happy stumbling down the driveway into Ubers.

“I definitely feel like Ryan is going to have some regrets come morning.” She pats my shoulder and her fingers drag along my biceps. “You tired or do you want to jump in the hot tub for a bit and unwind?”

Hanna’s definitely on the tipsy side. I can tell by the glassiness of her eyes and the flush in her cheeks. It isn’t often she lets loose like this. At least not that I’ve seen so far, and we’ve had enough family get-togethers and events over the past several months. With more to come since the wedding isn’t that far off. Truth be told, I’m feeling the scotch I’ve been drinking tonight, too.

“Hot tub sounds good.” Our gazes meet and lock for several beats, enough for me to wonder how good of an idea this actually is.

We’ve been dancing around each other for months. Ever since the first time we met, actually. The attraction has been clear from day one, and the more time I spend with her, the harder it becomes to ignore.

Planning the engagement party for Queenie and King means we’ve spent a lot of time trading text messages, emails, phone calls, and more recently, Zoom chats that often have little to do with tonight.

Her grin widens and her chocolate brown eyes sparkle with a hint of mischief. “I’ll change then.”

“You bring that red bikini?”

“Are you keeping track of my swimwear?”

I lift a shoulder in what I hope is a nonchalant shrug. “You look good in red.” I skim her cheek with a knuckle. “And this blush you’re wearing is particularly sexy.”

“You’re trouble tonight, aren’t you?” Her fingertips dance along my traps as she brushes past me. “And yes, to answer your question, I did, in fact, bring the red bikini.”

She disappears down the hall to the spare bedroom, where she’s sleeping tonight. Because I invited her to stay at my place this weekend rather than at King’s. It’s not that she isn’t welcome there. It’s more that she wants them to have their privacy. It also means I get more time with Hanna, so it’s a win all the way around. And I’d be lying if I said I hadn’t been thinking a lot about time alone with her this weekend.

I change into my swim trunks, pour myself a scotch, heavy on the rocks, and her a glass of wine before I make my way outside. I set the drinks on the outdoor dining table, remove the hot tub cover and check the temperature, making sure it’s not too hot.

Once I carry the drinks over and set them in the cup holders, I sink into the hot, bubbly water, stretch my arms out, let my head fall back and my eyes close. All the time I’ve been spending with Hanna is starting to get to me.

Reminding me that I’m in my forties, and very much still a bachelor. There are a lot of reasons why getting involved with Hanna on a romantic level would not be a good idea. Queenie and King’s relationship being at the forefront.

But she’s fun. And sexy. And we get each other.

A minute later, the sound of the sliding door opening and closing and the slap of flip-flops against the deck have me cracking a lid.