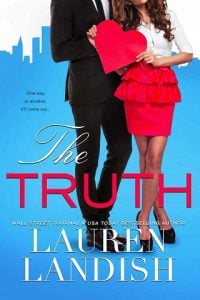 For a long time, I thought my brother, Ace Young, was going to be one of ‘those guys’. You know the type, a member of the man-child species whose best days were in high school, when they strode the hallways as the Alpha-male stud with a cheerleader on their arm. But once they realize that the entire world doesn’t really care about their middling ability to do something with a ball, and that a smirk and a shrug won’t get them out of trouble, they seem unable to step up their game. They stay lost in that early peak, living in a dismal cycle of ‘remember when’ stories.

Ace was definitely on that track, but then he found a woman who promised a future he had only dreamed of, and he grew up fast. For her, for that imagined future. As a reward, she snatched it all away in a blaze of betrayal, crushing Ace’s heart and stomping him into a muddy pool of depression. I refuse to utter her name, even in my mind, still furious over what she put my brother through.

In those dark days, he discovered the weak sauce comfort of beer as a replacement for the future he’d so desperately wanted and regressed into an immature slacker, drowning his sadness in froth. He took up residency on my couch, playing video games all night and sleeping all day. I put up with his bullshit for a bit, probably too long, to be honest, thinking I could love him out of the pit he was in.

But he had to do it for himself, and something a few years ago seemed to pierce Ace’s hops- and grain-fueled fog, and he started pulling out. He got up off the couch and started working with dogs. I don’t know if that was by design, but Ace has always loved dogs. So he started walking and grooming them.

It was magic. The exercise helped him physically, melting off the beer weight as he slowly progressed from letting the pups drag him around on their walks to actually jogging along with them.

The biggest changes were in Ace’s mind, though. Whether it was animal therapy and the silly love that dogs always seem to be able to give humans or the fact that he could see the product of his efforts and take pride in the cash in his pocket, Ace’s mental state improved too.

The keystone to all of this, though? Harper Jensen. A few years ago, if a girl like Harper had even agreed to a date with my brother, I would have wondered what on earth she saw in him. She was definitely out of Ace’s league. She’s cute as a button, sweet as spun sugar, and kind as can be. And her heart is ridiculously oversized for her tiny body, so she sees the best in everyone, even my brother. She’s made Ace believe not only in love again, but in himself.

And now as we gather for dinner, with Harper and Ace holding hands and smiling blissfully, I’m full of joy for my brother.

All in all, Ace has really turned his life around, and I’m proud of him. He went to hell and fought his way through demons that sliced and diced his heart, leaving him a shell of a man. But he’s come back from that dark place, clawing and scrabbling for every bit of happiness and success he’s achieved. And he’s not merely doing well. He’s absolutely thriving.

He’s cleaned up, both literally and figuratively. The carpet is freshly vacuumed, there are fluffy pillows on the couch, and the table is set with matching plates. Honestly, it looks better than it did when it was my place, though a fair amount of that is Harper’s touch. She’s definitely a domestic goddess, and while she’s willing to do some sprucing up, I think this time, it’s all Ace.

And while I personally don’t find his casual manbun all that attractive, Harper loves it. I will admit it highlights the sharp lines of his jaw below his now leaned-out face and his bright and clear eyes.

I wasn’t sure I was ever going to see this version of my brother again, and there were times when I’d considered shooting him and burying his body in the woods just outside our town. It would’ve been a mercy killing to put him out of his misery. But now, here he sits, proof that we Youngs are tougher than cockroaches and more stubborn than any ornery mule.

And mostly, proof of my absolute fabulousness as a sister. Or at least that’s what I’ll claim if anyone asks. I mean, not many sisters would hold you together when you fall apart, offer to off your ex, forcibly kick your ass into gear, and then celebrate your wins like you did it all on your own like a big boy.