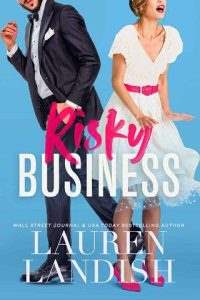 “What’s your name? I’m going to post this on the internet!”

The shrill, piercing female voice wails in my ear, stabbing its shrieking tones somewhere past my eardrum and directly into my brain. To say it’s very angry is an understatement. No, at that decibel, we’re beyond Karen and in danger of hitting the banshee-harpy category.

I quicken my footsteps, hustling toward the small crowd of people I can see gathered at the doors of the Oh Say, Can You See! souvenir shop. It’s the main storefront of Americana Land, the landing point for park guests as they enter and leave the amusement park and where the majority of our souvenir purchases are made. It’s supposed to be the first and final good impression the park makes.

An angry guest there is bad news.

I gently slide my way through the people, trying not to push but instead twisting this way and that to create the minimum amount of disruption while watching out for tiny tots and turning on my fake as fuck customer service persona. Nearing the nucleus of the fuckup, I call out, “Excuse me.”

As I breach the center of the circle, I see the owner of the angry voice. She’s an early-twenties woman with long blonde hair, long black eyelashes, and long bedazzled nails that she’s waving around as she speaks. “You messed up, Barbara!” Blondie screeches. “I’ll have your job!”

The sneered threat is delivered with all the arrogance of ‘the customer is always right’ ideology that everyone knows is complete and utter bullshit. Except, of course, for the rude customers who pull it out of their back pocket like a ‘get out of being an asshole free’ card.

“Excuse me!” I announce again, louder and sharper this time to interrupt the next round of verbal warfare. Eyes turn to me from all around the circle. The blonde’s are filled with fire, but Barbara looks relieved to see me. I don’t know her, but her tag proclaims her name and shows she’s a part of the team, and given the way she’s patting her gray hair and wringing her gnarled hands, she needs some backup. “What seems to be the issue?”

“Mr. Steen, thank goodness. This woman is shoplifting, and when I stopped her, she became belligerent. Security has been notified.” Barbara’s distaste is obvious as she raises one brow and glares at the woman, who’s huffing and glaring back through narrowed eyes.

“Shoplifting? Are you fucking serious?” she screeches. “That’s defamation! All these people heard you slander me! I’m going to sue your ass!”

“Please watch your language. There are children,” I tell her sternly in the hopes of both stopping her crude language and defusing the situation. Maybe if she realizes the scene she’s making, she’ll have a shred of embarrassment?

Whirling around, she gives me a quick up-and-down glance and finds a new target. I’m guessing it’s because of the white Polo shirt with the embroidered Americana Land banner entwined with a flag, a different color from the sky blue of the regular workers’ shirts. But I look like what I am . . . a boss. I’m not Barbara’s direct boss, of course. There are numerous supervisors, managers, and directors between her and me, but I’m the highest C-level executive most employees working the park grounds will ever see. Not to mention, it’s my last name on the sign out front that proudly proclaims, A Steen Family Legacy.

The woman continues her rant, aiming it at me now. “I could buy everything in this shitty store twice over without my bank account taking a hit. I’ve got a black American Express.” She flips her hair over her shoulder as if that should explain everything. Part of me is surprised she doesn’t whip it out like some credit card form of a dick measuring contest.

“Name dropping a fancy charge card does not excuse rudeness and misbehavior, ma’am. Such as not purchasing items, if that is what happened.” I make the statement slowly and directly, just loud enough for everyone in the crowd to hear me, while also giving the woman some wiggle room. I’d prefer to give her an out while making sure she catches every implication. I lower my eyes pointedly to her oversized bag, where I can clearly see our stuffed eagle mascot, Freddy Freebird, peeking out. “Can I see your receipt, please?”

She growls, actually, audibly growls at me like a pissed off tiger or a grumpy racoon, at least considering that she completes the argument with a toddler-esque foot stomp. “Do you know who I am?”

No, what I know is that she does not produce a receipt, instead going for distraction. Too bad for her, I’m well-versed in smoke and mirror techniques from dealing with my take-no-responsibility brother. “Someone who needs to show a receipt for that Freddy Freebird playing hide-and-seek in your purse.” I pause dramatically before adding, “Or someone who’s about to be led to the security office to await local police officers.”