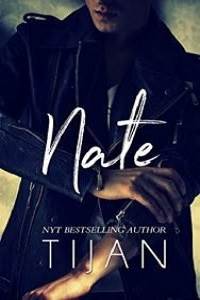 I wanted to beat the shit out of my stalker.

He’d been fine at first, putting some effort into being secretive and following me at a distance, but then he started getting lazy. And lazier. My last straw had been when I saw him pull out the camera, and I’d had enough. It was now insulting how stupid he thought I was. He was sitting three tables away.

The dude had been following me for the past three weeks. I caught glimpses of him every now and then. He showed up in Boston, then Chicago, and now he was following me in Seattle.

I was here looking at investment properties.

“Is that guy taking pictures of us?”

Now my realtor had noticed the guy.

Standing from the table, I gave a polite smile to both my realtor and colleague. “If you’ll excuse me for a moment?”

Both looked dazed at me as they nodded.

I headed for the bathroom. This wasn’t my first rodeo dealing with people like this guy. Having a best friend who played pro football, his wife an Olympic runner, and a brother-in-law as a soccer superstar, I was well versed in sneaking in and out of places. Not to mention my folks, both movie producers and directors. They were known.

It was a byproduct of who I was and who I was connected to, but for fuck’s sake, this guy was a new problem for me.

Dining in a high-end restaurant, I found the majority of the patrons wearing business suits and dresses. And they were formal dresses like my mom would’ve worn to a fundraising gala, not the nightclub kind of dresses. The staff all wore tuxedo-like uniforms—black dress pants and buttoned-down white tops—and some even did the whole white gloves thing when they were serving.

So, all that to say, it was almost painful how much this guy stood out.

I headed toward the bathroom, but then swung through the kitchen, ignoring the startled staff, and came up behind him. He had just put down his camera and was reaching for his coffee when I swung into the chair, taking the camera on my way and flipping open the back to expose the film.

“Hey—” His voice stopped once he got a good look at my face.

“Hey, yourself.” I put the camera back on the table. “What are you? I’m aware some circles know me, but I’m not paparazzi worthy. Your pictures won’t sell. If you’re one of those lovesick fucks, then I’ll call you a police escort to the nearest psych hospital. If you’re anyone else, you better speak up now while we both aren’t bloody. I’ve been patient, but you’re so sloppy now that I’m embarrassed for you.”

I had to give him props.

After his initial surprise, he was a cool customer.

During my whole speech, he didn’t move. He didn’t react. He didn’t show a thing. He closed down, and he watched me back with almost-dead eyes. His brown suit was pressed to the point it could cut through paper, so he at least had the self-respect to use an iron. He looked to be in his fifties, but he kept himself trimmed. His hair was kept short, and he was staring back at me, not a feather ruffled.

I waited for a beat.

“You were police once.” I motioned to his eyes. “Those give it away. What are you now?”

Without responding to me, he pulled out his wallet. He laid out two twenty-dollar bills, then took a business card and slid it across the table to me. “My client will be in touch.”

I was picking up the card as he stood, smoothed down his suit jacket, and left.

“Someone’s investigating you? That seems like the beginning of a joke.”

I could hear Logan laughing from his end of the phone. He thought the whole thing was hilarious, but I didn’t know why. I had a few childhood friends who were my family. Logan was one of them, along with his brother, and now a whole slew of people we had included in our group. Logan was the lawyer, and like now, he rarely acted like one except when he was gearing up for a case.

I scowled, letting myself into my hotel room and dropping my suit jacket on the desk. “When are you going to grow up? You’re thirty.”

“Never, dude. Never. What was his name?”

I told him, and I could hear him typing on his computer.

“You’re looking him up?”

I needed a drink.

And a good fuck.

And all that wasn’t in any sort of order.

I was restless, and I needed to move.

I already knew how this phone call would play out.

Logan would do what he did. He’d investigate him, maybe send a text or make a call to his father, who had some questionable connections, and he’d relay to me what he was told by the people who knew the answers. This would either happen over this phone call or later this weekend. After that, Logan would want to make up a plan on how to “handle” this guy because in Logan’s family, that was what they did.