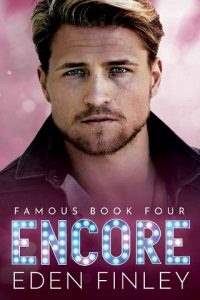 The smirk on Jordan’s lips makes me want to punch him in his goddamn beautiful face. Even across the bar, his gloating arrogance can be felt from here.

It’s a typical men’s club, and everyone’s dressed in suits.

Hey, my ripped jeans are designer—that’s something, thank you very much, pretentious manly men who need men-only spaces to feel superior.

Jordan Brooks, though. He’s dressed as casually as I am, but he’s his relaxed, confident self. Like the environment needs to adapt to him, not the other way around. I haven’t known him long, but I do know enough to acknowledge he’s the complete opposite to me.

From his insane six-four height to his deep brown hair with subtle highlights and his stubbled chin, he’s undoubtedly one of the most objectively attractive men alive. His gray eyes shine in a way that’s so … Hollywood.

I sit in the plush leather seat opposite him at his low table. “Is there a reason we’re meeting here and not at a club or somewhere less …” I look around. “Uppity?”

“A gentleman’s agreement should be done in a gentlemen’s space.” He opens his arms wide and smiles like the smartass he is.

“You’re holding me to this stupid bet?”

“The bet where I told you your ex-bandmates were hooking up and you said I was crazy?”

Damn Mason and Denver for coming out on national TV last night.

“That would be the one. I actually found out a couple of weeks ago, but they gave me the impression they weren’t going to come out anytime soon.”

“And you weren’t going to tell me?” Jordan pouts and looks ridiculous.

“Hey, I’m not going to out anyone. I might not know much about the queer community, but that’s a big no-no, right?”

“Mmhmm, and I’m sure it had nothing to do with not wanting to do my movie.”

“Are we sure this bet wasn’t a hypothetical thing?” I ask. “You know, like saying ‘I bet you ten million bucks that Marcus Talon won’t win another Super Bowl.’ Would you really make me pay you?”

“Yep. You’d deserve it for making that idiotic bet. Marcus Talon is the GOAT.”

I cough in between saying, “Tom Brady.”

“Should we make this bet, then? I could do with ten million dollars. I would buy a puppy rescue and name all the puppies Blake. Blake One, Blake Two—”

“No bet. Especially when it turns out you’re the type of guy who makes me pay up.” Why did I make this stupid bet to begin with? Oh yeah, because I thought there was no way Denver and Mason were actually messing around considering we’d worked together for seven years, and I never once got that vibe from them.

“A bet’s a bet,” Jordan says. “Honor and bro-code and integrity are at stake.”

“You said bro-code and integrity in the same sentence. I don’t know how serious you can really be.”

“I am always serious.”

“Why do you want me to do this movie so badly?” I ask. “I’m sure there are countless actors who could do the role—gay actors.”

It’s not that I’m against doing the role. I actually think it would be a great opportunity for me to break out from the action franchise I’m known for. It’s going to be a big-budget romantic drama with two men as the leads. It has possible Oscar written all over it if they lean into the drama, though I’ve read the script and it feels too much like a rom-com to be considered.

Either way, it’s a role I could play to break out of the typecast of action hero. Plus, I won’t have to gain thirty pounds of muscle to play it. That would be a nice change.

I swear each time I wrap filming on a Coby Godspeed movie and I’m no longer rigorously working out six days a week, my muscles deflate faster than a helium balloon.

But another straight guy playing a gay character in a movie is bound to get backlash. Representation is important, and there are plenty of queer actors out there who could do the role.

“Ben won’t hire another queer actor,” Jordan says. “He wants a mainstream actor, someone who’ll get butts in seats, and I want you. I think you have the talent to branch out from being shirtless and running after moving trains or jumping off exploding buildings.”