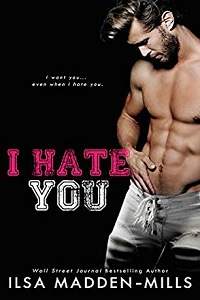 There are worse things than seeing your ex for the first time since he dumped you: root canal, hairy wolf spider on your pillow, watching your dad kiss your sixth grade teacher.

I shudder at those thoughts as I whip my car into the parking lot of Cadillac’s, a local bar and hangout spot. A long exhalation leaves my chest as I turn off the ignition.

Welcome back to Magnolia, Mississippi, and Waylon University, folks. It’s time to face the music, which is the guy who broke up with me in front of all my friends at my own freaking eighties-themed sorority homecoming party last October. I’d worn a sleek fedora and carried a kickass whip a la sexy Indiana Jones style, and he’d been in yellow parachute pants and a ladies-sized small tank top that clung to every muscle on his chest. We were totally fine—until it all went to hell.

That was almost three months ago, and I haven’t seen him since.

But tonight—tonight, I’m going to see him face to face, because I have to prove to myself that I’m over him. I’m not leaving until my eyes meet his and—

Dang, I don’t know what will happen after that.

My bottom lip hurts where I’ve chewed on it during the drive from the house to here. Maybe he’s not inside. I picture him laid up in his dorm room surrounded by jersey chasers. They’re probably rubbing him down with hot oil right now, caressing those bulky, tight muscles on his back, most definitely the wiry, roped ones on his forearms—

Clenching the steering wheel, I scan the parking lot for his black truck and don’t see it, but the place is packed for a Wednesday night in January. Everyone is back from the holiday break filled with new optimism for grades, social status, and what the future holds. My future? In six months I’ll be out of Magnolia and living a whole new life, one that doesn’t involve smoking-hot football players with rock-hard abs who tell you you’re beautiful but in the end are just big fat liars.

My eyes land on the door of the bar as a group of students spill out of the entrance. They stumble around laughing and talking, and my heart twinges. That used to be me. I used to be the life of the party—but look at me now, the girl who’s basically been in social hiding since Blaze ended things.

New semester, new you, I mutter. I’m not going to be the pathetic creature I was a few months ago. No more Wallflower Charisma! Party Girl is back! It’s going to be awesome!

“Car door is open,” states the snobby car voice lady who lives inside my older model Nissan Maxima, and I realize I’ve been sitting here with one leg in and one out, my mind running. I smirk at the technology that was put into these cars in the early 90s—not at the fact that they were able to crack the code on how to record some British woman’s voice and play it, but how they decided this groundbreaking technology should be used to alert the driver to the most obvious things.

“Parking brake is on.”

If Lady Maxima—my nickname for said un-insightful voice—really wanted to help, she would come up with some better alerts.

“Don’t screw that football player. He will only break your heart.”

With a nervousness that makes me annoyed, I take one last look in the rearview mirror to check my hair and makeup. My long, dark hair is braided in two loose plaits, the soft pink streaks peeking out here and there. Makeup is smoky eyes and carefully filled-in brows. Lipstick is dark pink. In a perfect world, I imagine my style gives me a sassy femme fatale look, but the reality is I’m just a short nerd girl with pink in her hair.

I get out of the car and stop at the heavy wooden entrance. Dread, thick and heavy, stirs around in my stomach as I contemplate how I’m going to react when I see him. No doubt he’ll be with Dani, the willowy Barbie doll creature he picked up with after me. I swallow down queasiness as a chilly gust of wind blows, pushing me closer to the door.

You may not be the most beautiful girl in the room, but that’s not why people dig you. Show them you’re back and better than ever.

The bustling sounds of the bar fill my head as I enter, people laughing and Pat Benatar’s “Hit Me With Your Best Shot” on the jukebox. Fitting. With tables on one side and pool tables and an arcade on the other, the place is decorated like an old-fashioned diner with black and white floors and red stools at the bar. Vintage cars on neon signs blink on the walls.